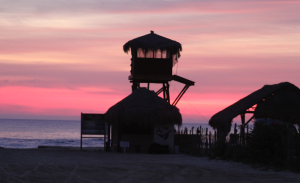 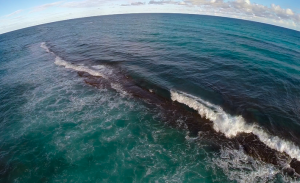 The reefs of Cabo Pulmo have been formed in the past two million years, due to tectonic activity that has resulted in the intrusion of basaltic lava to lift dykes that now stand above the surrounding sandy seafloor of the region. There are eight of these bars that run parallel along the coast between Los Frailes and Cabo Pulmo, forming the primary diving sites in the bay. 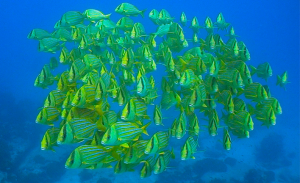 Reportedly, there are approximately 226 species of fish, 11 species of coral and five species of turtle, with just three of them known to nest in the park: the Olive Ridley (Lepidochelys olivacea), Green turtle (Chelonya mydas) and the leatherback turtles (Dermochelys coriacea).

In 2014, a team of scientists conducted a study for 10 days in the region of Cabo Pulmo. In this short time, they identified 392 plants, 44 mammals (of which 20 are bats), 29 species of reptiles and 95 species of birds, which highlights the rich biodiversity of the region. 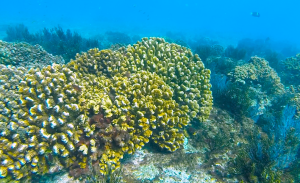 Cabo Pulmo’s Reefs were most likely formed during the last 20,000 years, and subsequent to the last ice age. Hermatypic corals like those on Cabo Pulmo’s Reefs, contribute energy to the reef system as their symbiotic zooxanthellae capture the sun’s energy. In addition, the corals provide shelter for a wide variety of marine organisms. However, while Cabo Pulmo corals contribute to the reef’s structure, they do not construct them in the same way they do in the tropics (where warm water and sunlight are abundant), due to the fact that Cabo Pulmo is situated at the northern end of the range for hermatypic coral distribution. The once-abundant coral cover on Cabo Pulmo’s Reefs was considerably depleted due to a string of severe coral bleaching events that occurred since 1980.