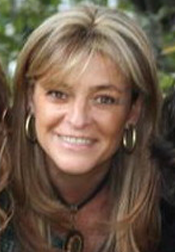 Narrator/Conservationist
Iliana was born in Mexico City. Even though she is a native of one of the largest cities in the world, she has always been in love with nature. Iliana got her degree in biology at the National University of Mexico (UNAM). For 15 years she worked as a naturalist with Lindblad Expeditions Company, traveling in the Gulf of California, Mexico, Southeast Alaska, Costa Rica, Ecuador and Antarctica. She has worked for two well-known Non-Governmental Organizations: Conservation International, and Fondo Mexicano para la Conservación de la Naturaleza (FMCN). Living in Cancun, Mexico, Iliana dedicated two years of her life to work for the Mexican National Commission of Natural Protected Areas (CONANP) in charge of the International Coral Reef Initiative (ICRI). Since 2010, she has been the director of the Conservation and Sustainable Use of Biodiversity Program for Fundación Carlos Slim. 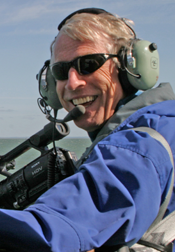 Producer/Director
Born and educated in the United Kingdom, Soames Summerhays has, from his earliest years, had an absorbing interest in the natural world. In his mid-teens he became a avid free-diver and spearfisherman. Soon he also realized that he was contributing to the devastation of groupers in the Mediterranean. That experience transformed him to becoming a passionate advocate for the world’s oceans. Trained as a biologist, he specialized in marine biology and pursued postgraduate studies in oceanography. Over the course of the next decade he led more than 100 expeditions to remote parts of the world, from Pole to Pole. Subsequently, he worked for the Australian Government establishing Marine Parks along the Great Barrier Reef. Summerhays’ film-making career began with the IMAX® production of The Great Barrier Reef. He has produced and directed large format films for destination theaters, IMAX® theaters, theme parks and world expositions, for which he has received many awards. His other IMAX® film credits include Darwin on the Galapagos, Seasons, Ring of Fire and Ocean Oasis. His never-ending quest for knowledge and adventure has led him to underwater explorations of each of the world’s oceans. 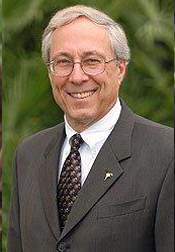 Executive Producer
Dr. Michael W. Hager has been in the museum profession since 1965.  He has served as a Curator and Director in a number of museums and has also been a Museum Consultant for most of those years.  He was a Professor of Geology at Augustana College (1973-78), the Director of the Museum of the Rockies (1978-89), Director of the Virginia Museum of Natural History (1989-91), and is currently President & CEO of the San Diego Natural History Museum.  He is also the Executive Producer of Ocean Oasis, a film about Baja California filmed in IMAX® and a Senior Advisor on Becoming California, a two-hour PBS program. 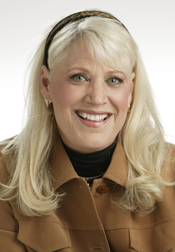 Associate Producer
Joan Embery has served as a champion of environmental and conservation issues around the world, most notably as spokeswoman for the Zoological Society of San Diego. She has had the opportunity to share her passion for animals with a multitude of audiences from youth to veterinary students to corporate executives. Her work includes hundreds of television shows as diverse as The Tonight Show, CBS This Morning, PBS programs, Hollywood Squares, Mr. Rogers’ Neighborhood, Entertainment Tonight and her own syndicated series, Animal Express and Animals of Africa. She has led wildlife expeditions to exotic locales and authored several books on wildlife and domestic animals. As a dedicated animal and environmental advocate, Joan spends her time working with wildlife organizations and educating the public. She serves on many boards focusing on conservation and wildlife issues. 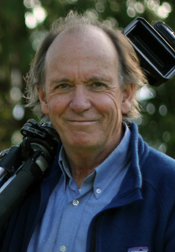 Script writer
Michael Parfit is an award-winning writer and filmmaker based in British Columbia. He has written five books and numerous magazine articles for National Geographic, Smithsonian and others. Among the books is South Light, about Antarctica, which was a New York Times Notable Book of the Year. His magazine stories have been finalists for the National Magazine Awards three times. He co-wrote the script for the IMAX® film Antarctica, and wrote the script for the award-winning IMAX® film Ocean Oasis. He also co-directed and wrote the scripts for Saving Luna and The Whale, feature documentaries that were released theatrically and broadcast worldwide. Saving Luna won 25 awards from around the world and The Whale was named Critic’s Pick by the New York Times and Washington Post. Parfit won the Panda award at Wildscreen 2008 for best script for Saving Luna. He co-directed, filmed and wrote the scripts for more than 20 news-feature stories for the National Geographic Channel – US, on subjects as diverse as puffins, melting ice in Greenland, the Inuit of Nunavut, Newfoundland fisheries, rising sea levels in the Netherlands, ecological hotspots in the South Pacific, and minorities in Europe. He was the editor of the feature documentary, All the Time in the World, which won several film festival awards in 2014. He directed and wrote The Search for Never Never, a one-hour documentary about the Australian environment. He is a pilot with about 7,000 hours of flight time, much of it in remote regions of the world. 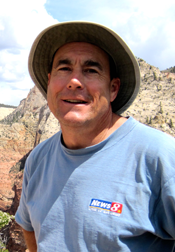 Script & media consultant
Kevin Foster Cox loves to visit the ocean, but confesses he is afraid to swim in it.  He relies on Summerhays Films for his vicarious thrills and serves as an editorial / video consultant.  Cox is an independent journalist based in Southern California.  He spent 20 years as a TV reporter in Fresno and San Diego, then started freelancing for national news outlets.  He also published articles in San Diego Magazine and received national recognition for his work.  A two-part investigative series on the David Westerfield case resulted in a Silver Award from the City and Regional Magazine Association.  Following an in-depth story on another high-profile defendant, Kristin Rossum, Cox worked as a consultant for 48 Hours and appeared on Pretty Poison, which originally aired on Court TV.   His investigative work on the Rick Post case earned him a slot on the Investigation Discovery program, Spies, Lies & Alibis. 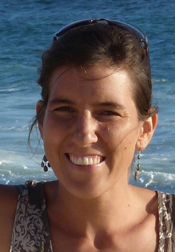 Production Manager, Facilitators Guide
Paulina studied Marine Biology and Ecotourism in Guatemala, Chile and Mexico. For six years, Paulina was the director of
the grass roots organization, Friends for the conservation of Cabo Pulmo, where she had the opportunity to engage with the community with different programs, such as the monitoring of turtles, reefs and sea water quality, community development projects, environmental education and recycling. She believes in knowledge as a powerful agent of change and community organization and participation as an essential tool for the conservation of natural resources. Prior to working with the organization, she participated in different studies on whales in the North Pacific, leading a three-year research project in the coasts of Guatemala. Currently she is working on the production of various audio-visual projects related to the conservation of the natural heritage of Baja California Peninsula. 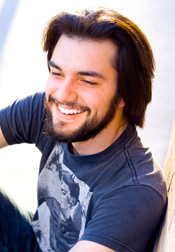 Editor
Pedro Ezcurra graduated from the University of California, Riverside, with a degree in Media Studies. Though he enjoys and has experience with many aspects of the video production process, his specialty and area of most interest is editing. He has worked on educational and promotional videos for universities such as his own alma mater and the University of La Verne, as well as nonprofits like the Teboho Trust and Greenpeace, Mexico. He is especially interested in the intersection between multimedia and self-directed learning, and is seeking to marry the two by pursuing a career in education. 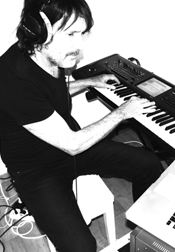 Composer and Performer
Academy-Award-nominated Alan Reeves did the world’s first entirely digital film, Rainbow, with Bob Hoskins. Alan earned a Gold Album with Kill Bill: Vol. 2., directed by Quentin Tarantino. Alan scored Ocean Oasis, an IMAX® film that has been playing daily at the San Diego Natural History Museum for the last 15 years. He has also scored music for 34 feature films and more than 300 TV commercials. Alan has performed with 15 bands and was the leader of 13 of those. He has recorded 12 albums and won 35 international awards. Here is the legendary roster of musicians Alan has worked with, as a session player or a recording engineer: The Rolling Stones, The Beatles, The Who, The Animals, Jimi Hendrix, Lionel Richie, Prince, Otis Redding, Chuck Berry, The Munich Symphony Orchestra, The Prague Philharmonic, The London Symphony Orchestra and The Paris Opera. He is renowned for playing the blues on the Hammond B3, but what he enjoys most of all is scoring and performing the music for the films that Soames Summerhays directs and produces. As Alan says, “It takes me into a totally different world.” He wishes to publicly thank Soames for their collaborative relationship. The film’s music, composed and performed by Alan Reeves, is dedicated to Nina Meyer. 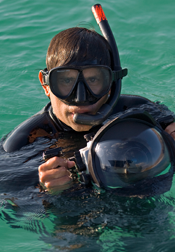 Consultant, photographer, on-camera biologist
Dr. Aburto is an Assistant Professor at Scripps Institution of Oceanography (SIO), and a professional photographer associate with the International League of Conservation Photographers. Dr. Aburto obtained his PhD at the Center of Marine Biodiversity and Conservation at SIO, and won the Jean Fort Award at the University of California San Diego, for his significant contribution to an issue of public concern through his doctoral research. His research and photographs have focused on marine reserves and commercially exploited marine species and their fisheries in Mexico, Belize, Costa Rica, Ecuador, and the U.S. His photographs have been part of several conservation projects worldwide and have won international photography contests 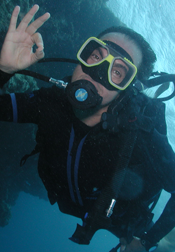 Consultant, on-camera biologist
Dr. Arizpe holds a bachelor’s degree in Biology from the National Univ. of Mexico (UNAM), a Master’s degree in Fisheries Ecology at the National Polytechnic Institute (IPN), and PhD from IPN-Lowestoft Research Institute, England. Is fulltime professor of the University of Baja California Sur-Mexico. Dr. Arizpe is Director of the Laboratory of Coastal Systems Ecology, and a member of the Mexican System of Researchers. He started the study and conservation process in Cabo Pulmo in 1987. He has produced many scientific papers, especially with the different biotic community components. For the last 20 years, Dr. Arizpe has been working and publishing within Integrated Management of Coastal and Natural Protected Areas, including, of course, Cabo Pulmo. 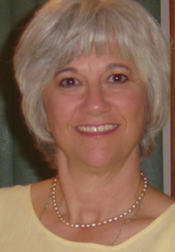 Educators Guide
Dolores is founder and Academic Director of SiBiEs, Sistemas Bilingües Especializados. She has been a speaker at state, national and international conferences on Teaching-Learning Techniques and Communication Strategies, Environmental Education, Water and Environmental Sciences, as well as Language Teaching Methods and Theories, where she has presented her Educational Models and delivered teacher training workshops at all levels. She has been a teacher and academic consultant for institutions in Mexico and the U.S. for more than thirty years. The University of Cambridge and the British Council have certified her as an English teacher. Her passion for education, the environment and language inspires her to create teaching-learning tools from anything she can find about nature. Dolores co-founded PROBEA, Bio-regional Project for Environmental Education, and she was the Academic Director in Mexico from 1990 and until 2005, when she moved to the state of Sonora. Contact Dolores at monterrubio.dolores@gmail.com